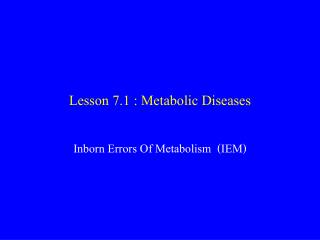 Infectious Diseases Unit 1 Lesson 4 plan - . do now. how big do you think a virus is in comparison to a bacteria and to a

Diseases - . disease . a disease is any alteration from the normal structure or function of any part of the body.

Metabolic bone diseases - . bones…. what do they need to be strong?. c alcium / po4 vit d pth calcitonin. sources of

Infectious Diseases Unit 2 Lesson 6 plan - . do now. you are sick and two different bacteria could be causing your