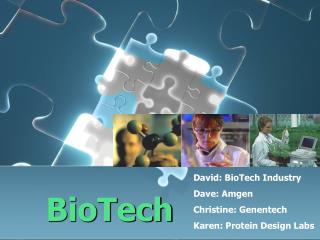 Biotech - Aadi, llc, is a biotech company focused on treating diseases, dedicated to finding the right therapy for the

Biotech - . southern blotting. through a series of steps, dna that has been separated by electrophoresis is applied to a

Biotech - . cloning a mammal. pcr. this is the polymerase chain reaction. it is a technique to multiply a sample of dna

Biotech Continued…. - Biotech continued…. 4.4. how do forensic scientists determine who’s blood has been left at

Optivisc - Biotech - Optivisc is a non-surgical, non-pharmacologic therapy for knee osteoarthritis, a disease of joints