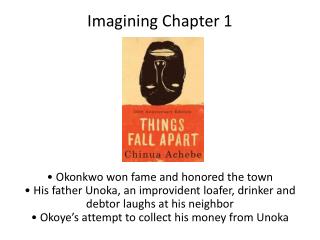 Imagining Chapter 1. • Okonkwo won fame and honored the town • His father Unoka , an improvident loafer, drinker and debtor laughs at his neighbor • Okoye’s attempt to collect his money from Unoka. Unoka. Unoka. I’ll never be like my father. I wash my hands of him and his ways. Imagining Otherwise: School Uniforms - . the unification of children’s school clothing as a way to equalize the

Re-imagining Mission for a spiritual Age - . listening to the spirit of the age. to the mission context. to the essence

Re-imagining mission for a spiritual age - . to the mission context. to the essence of the christian inheritance. double

CCT 333: Imagining the Audience in a Wired World - . class 10: prototyping and applied looks at design issues in cscw.

Chapter 2 Empathy - . amber gilewski tompkins cortland community college. what is empathy?. imagining yourself in someone