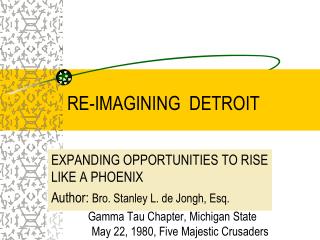 Monograph 19 The Role of the Media in Promoting and Reducing Tobacco Use - . editors. ronald m. davis, m.d., senior

“The Way We Learn” Separate and Unequal in Metropolitan Detroit Schools - . brown v. board of education. may 17,