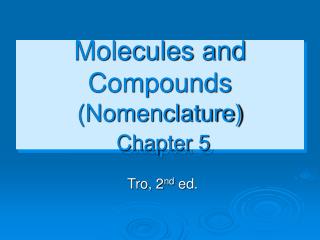 4. Organic Compounds: Cycloalkanes and their Stereochemistry - . why this chapter?. because cyclic molecules are commonly

Biological Molecules Can Have Complicated Structures - Dna protein how complicated are living things? even a bacterium