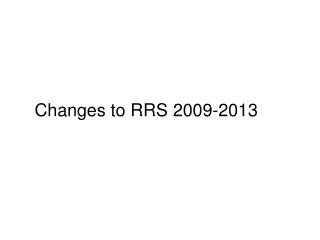 Changes to RRS 2009-2013. Insert Para 3 (c). 3. ACCEPTANCE OF THE RULES By participating in a race conducted under these racing rules, each competitor and boat owner agrees (a) to be governed by the rules ; (b) to accept the penalties imposed and other action taken under