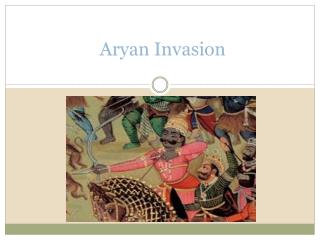 Analysis of The ARYAN INVASION THEORY Part 1 - . map of central asia. periods of history according to official version.

Aryan Selective Breeding - -(the sun wheel is used as the symbol of the aryan race). by ramandeep sandhu and joey nario.

INDO -ARYAN MIGRATION - . aryans were the indo-european migrants who moved to south-east asia around 2000 bc. what were