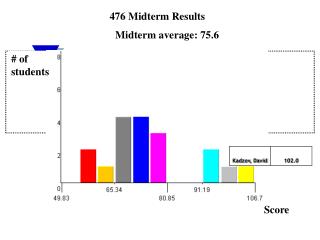 Midterm Results - . 1. three fair coins are tossed in the air. if the first coin lands as tails, what is the probability

476 C.E.. - Chronology of the early middle ages (in europe) . please draw the following timeline in your notebook. . 486

Finance 476 - . forwards. forwards. a forward contract is a contract to exchange two currencies in the future, at a rate

ISCOM 476 Innovative Educator/ISCOM 476.COM - Iscom 476 is an online course which provides you to get best