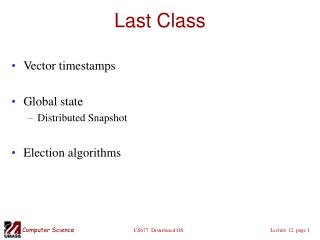 Objectives of this class - . by the end of the class you should be able to: explain why ols should not be used when the

String Class - . the primitive data types provide only the char for dealing with alpha-numeric data. string class. the