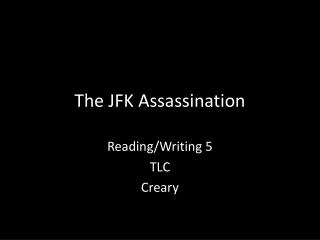 Main Idea - The great war begins. main idea europe in 1914 was on the brink of war. after an assassination, the nations

Louisiana History Reconstruction Era Test Chapter 11 - . us history. who became president of the united states after

Unit 4 Part 1: World War I, The Great Depression, and The Rise of Dictators - 7-4.1 explain the causes and course of

World War I - . k-w-l. please complete your k-w-l chart in your bell work. use the images on this page to help complete

Chapter 17: Assassination and Reconstruction - . chapter focus questions. what were the competing political plans for