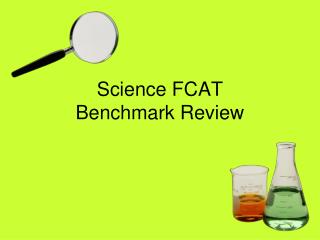 Science FCAT Benchmark Review. Strand A – The Nature of Matter. What is matter? Anything that has mass and takes up space. Density – the amount of matter in a given volume (D=M/V) Ductility – the ability to be pulled into a thin strand, like a wire

Case 21 Review - . 1 st 9 weeks objectives. scientific investigation. ____ is the way or process of solving problems in