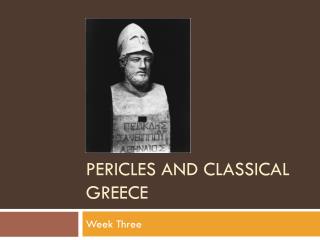 Greece defaults - Banks are closed, pensioners line up for their euros and a referendum looms after greece failed to make

Ancient Greece - . geography. not a river civilization short swift rivers only 20% of land suitable for farming

PERICLES - . pericles syllabus 1. historical context 1a geography, topography and resources of athens, attica and the