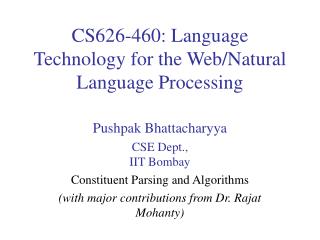 Unsupervised learning of natural language morphology - . john goldsmith university of chicago may 2005. the goal is to

Building Natural Language Generation Systems - . robert dale and ehud reiter. what this tutorial is about. the design and