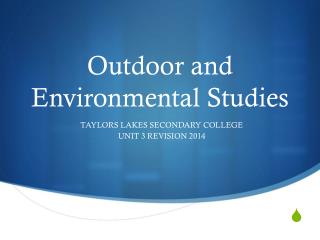 Girl Scouts of Southeastern Michigan Outdoor 2 - . welcome. welcome to outdoor 2. this module will prepare you for

UPDATE IN SOCIAL STUDIES - . information to help drive your curriculum and instruction. what is social studies?. social

Principles of Landscaping - . landscaping. the use of plants and inanimate materials to enhance the utility (function)