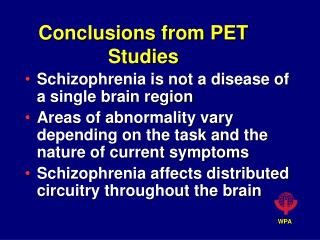 Conclusions from PET Studies. Schizophrenia is not a disease of a single brain region Areas of abnormality vary depending on the task and the nature of current symptoms Schizophrenia affects distributed circuitry throughout the brain. fMR Studies. The fastest-growing field in neuroimaging.

In Situ Carcinoma of the Breast - . kiwhoon lee, m.d. department of radiation oncology multi-modality conference may 27,