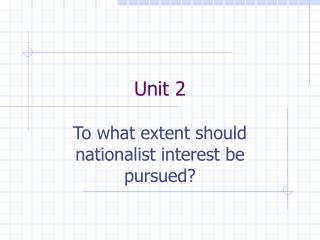 Unit 2. To what extent should nationalist interest be pursued?. Chapter 6 – Nationalism and Ultranationalism. What words would you use to describe the figure of Stalin in the image? What message does the image send about life in the Soviet Union?