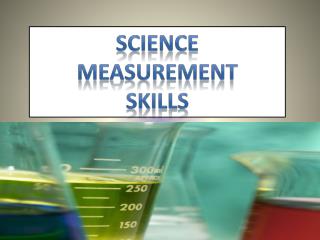 Science Measurement skills. Metric System (System International or SI). The metric system is used in science so that the entire world will be using the same system. It is based on the number 10. Units of measurement: Mass = Gram (g) Volume = Liters (L) Length = Meter (m) Guide to the expression of uncertainty in measurement

A ssistance for S enior S uccess - . using the science formula page and calculator help. the formula chart for science.

Measurement Systems Analysis: What is it and why should I care? - . dec. 11, 2012. barry kulback global lean six sigma