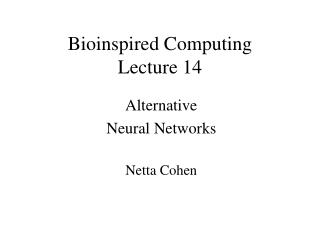 Reconfigurable Computing Lecture 14 - . what is reconfigurable computing?. computation using hardware that can adapt at