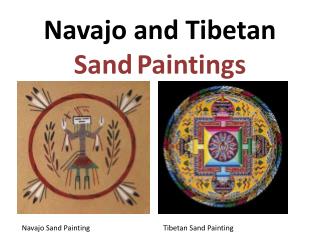 Sand Dollar - . by: mark trombley. it is an animal that lives slightly buried in the sand in shallow coastal waters. what

Navajo Baskets - . and the constant change of culture. the traditional navajo baskets. w hite center of the wedding

Sand dunes - Form some of the most spectacular and dynamic landforms on the planet. a sand dune is a mount, hill or

Miniature paintings Budha Paintings - As a sample of the content thats appear in my painting, i have collected a variety

Navajo Sandstone - . “one of the largest wind-deposited formations in the geologic record.&quot;. picture:

Navajo - . by john, emu, avery, bethany, and emily. navajo information. the navajo came from the north in the early

Return of the Navajo Boy - . points of debate and discussion. read and discuss with the students each of the following

Navajo I ndians - . by: c b. a r e a. the navajo are the largest indian tribe in the states on 17 million acres in the

Gauguin’s life and paintings - . aleix, Álvaro , adrià , rebeca. mr gauguin was famous because of his paintings.