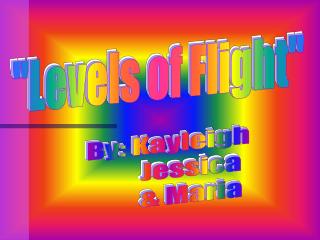 "Levels of Flight" By: Kayleigh Jessica & Maria The main problem is the congestion of traffic in the air. With the congestion come further problems, such as: There are too few large airports Planes are getting too big There is beginning to be a shortage of fuel

File handling in Java - . file class . the file class is used to store the path and name of a directory or file. the