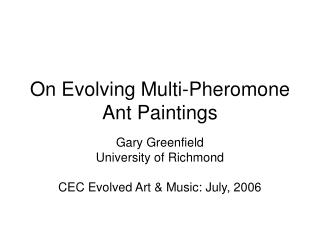 Multi Agent Systems - . content. introduction to the theory of multi-agent systems a brief summary of the project

David Hockney - . still life ipad drawings. who is david hockney ?. an artist known for his photography, paintings and

Multi-Year Tariffs - . in the power sector in india so far (august 2003). why a multi-year framework (myt or mytp) for

The Evolving Mindset of the Chinese Manager - . morris a. shapero, assistant professor of international business eckerd