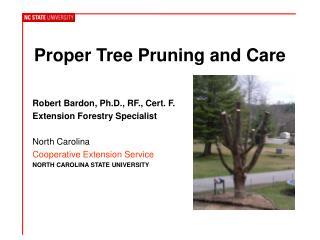 Know the benefits of Tree trimming and stump removal - Just like humans, trees are living and require to be managed in to When Is a Good Time to Trim the Trees? - Having trees on your property could be a great thing to add beauty to the

Pruning - . pruning is…. the term used for the selective removal or reduction of certain plant parts. pruning ranges