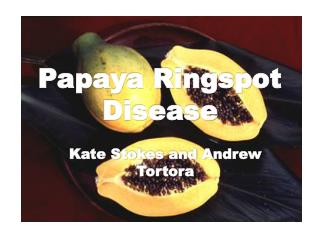 WATERMELON - . watermelon. watermelon is a thirst quenching, crunchy summer treat with loads of health benefits. it is

PAPAYA - . papaya. papayas are spherical or pear shaped fruit that can be as long as 20 inches. their flesh is a rich

I’m a Pumpkin - . i’m a pumpkin large and round sitting on the cold, cold ground. now it’s time to leave this

Who gets the autoimmune disease Type 1 diabetes, and why? - . mark peakman king’s college london. 35 years of type 1

Harlequin-type ichthyosis : - . it is a congenital (involves defects in or damage to a developing fetus) disease.

Navier-Stokes - . viscosity. a static fluid cannot support a shear. a moving fluid with viscosity can have shear. dynamic