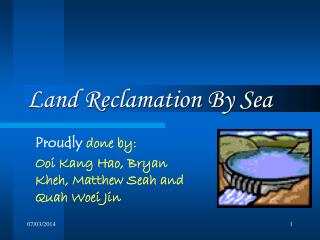 “Reclamation of the Victoria - . harbour should be stopped”. hong kong’s victoria harbour has been abused over the

Central-Wan Chai Reclamation - . a case study of sustainable development. why is reclamation necessary in central and wan