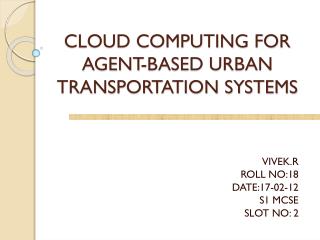 Virtualization and Cloud Computing - . definition. virtualization is the ability to run multiple operating systems on a