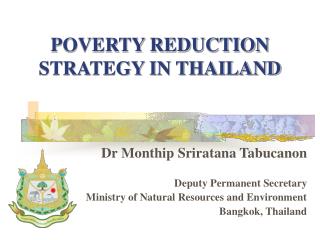 A Leading Organization To Fight Against Poverty - What should be done to fight against this global epidemic? people

Fiscal policy in Thailand - . reference. karel jansen, the scope for fiscal policy: a case study of thailand, in