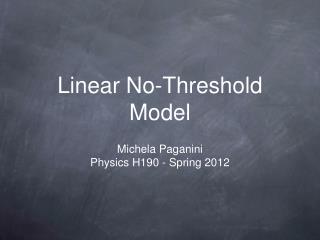 Multiple Linear Regression, General Linear Model, &amp; Generalized Linear Model - . with thanks to my students in

Linear Delay Model - In general the propagation delay of a gate can be written as: d = f + p p is the delay due to

Linear Statistical Model - . mafs.8.sp.1.3 : use the equation of a linear model to solve problems in the context of

The General Linear Model - . or, what the hell’s going on during estimation?. what we hope to cover: extension of