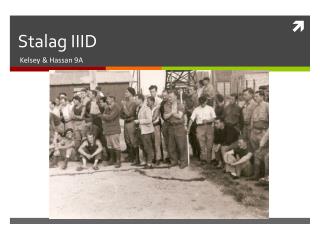 Stalag IIID . Kelsey & Hassan 9A. Where is it located in the world?. The Stalag IIID is located in Landweg/Ecke Osdorferstraße in Berlin Germany (approximately 1 km from the Lichterfelde-Süd S- Bahn ). Pictures of The POW.