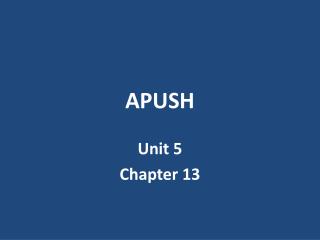 APUSH. Unit 5 Chapter 13. #1. What events led to the emergence of Andrew Jackson as President in 1828? To what extent were these an affirmation of him or a reaction to the political environment?. Two Party System Democrats & Whigs. The “Corrupt Bargain” of 1824. JQA – Minority President.