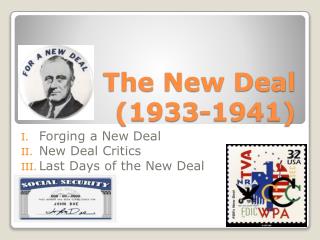 THE NEW DEAL: 1933-1941 - . the hundred days by the date of roosevelt’s inauguration, the disintegration of the banking

The New Deal - . 1933-1940. president roosevelt. had the greatest impact on american life &amp; politics than any

The New Deal - “the only thing we have to fear, is fear itself” remember this quote!!! – franklin delano roosevelt,

the New Deal - . the new deal. roosevelt’s policies to end the depression became known as the new deal before roosevelt