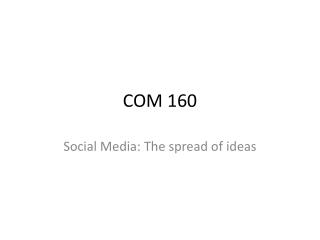 COM 160. Social Media: The spread of ideas. The Diffusion of Innovations Theory (1890). Attempts to answer “how, why, and at what rate new ideas and technology spread through cultures