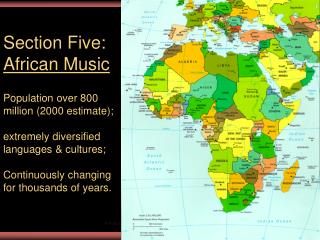 The South African Economy – Are We Making Progress? - . presented by: dawie roodt 3 september 2008. 4% of african area

Music Therapy - . three main questions. how does music therapy help people to relax? who can benefit from music therapy?