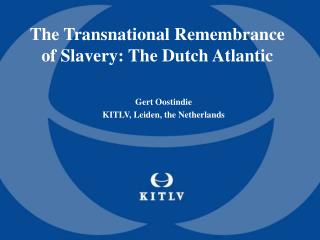 The Transnational Remembrance of Slavery: The Dutch Atlantic

The Transnational Remembrance of Slavery: The Dutch Atlantic