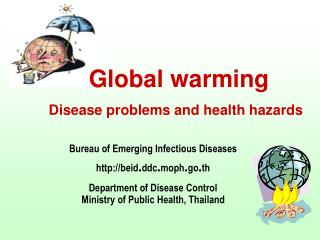 Health and Disease - . ocr as biology unit 2 module 2: food and health. learning outcomes. discuss what is meant by the

Global Health What is it and why the fuss? - . c. ‘ sola olopade, md, mph professor, bsd clinical director, global

Chapter 17 Environmental Hazards and Human Health - . core case study: are baby bottles and food cans safe to use? the