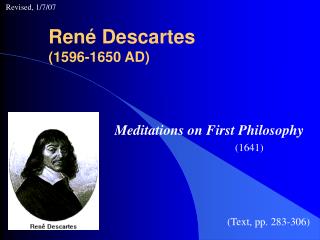 Rene Descartes, Pierre Fermat and Blaise Pascal - . descartes, fermat and pascal: a philosopher, an amateur and a

What in the World is happening economically? - . texas council on economic education laura ewing 713.655.1650

It Was the Best of Times and the Worst of Times: - Laura ewing texas council on economic education