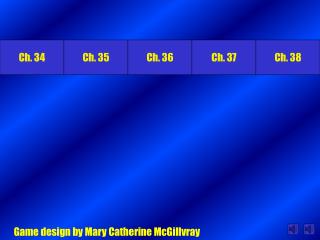 Ch. 34 Sec. 2 - . patterns of behavior. i. behavioral cycles. many animals respond to periodic changes in the environment

Ch. 34 The Biosphere - . 34.1 the biosphere is the global ecosystem. i. the study of ecology. ecology: scientific study

Ch. 34 Power Point - . nation-building in east asia and the pacific rim. the pacific

Ch.34 African Art after 1800 - . art beyond the western tradition. the majority of the work viewed in this slide show is