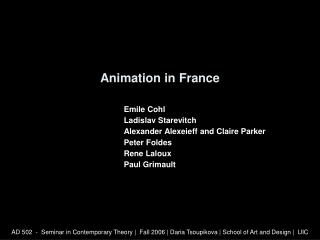 Animation in PowerPoint - . this is a sample powerpoint presentation that demonstrates the animation capabilities in

Animation in Advertisements - Animation helps in converting the thoughts and ideas into a creative story telling,

Animation in Java - . animationdemo. checkout animationdemo from your repository. run it. examine its code as you go

Animation Course - Animation Institute In Delhi - AnimationBoom - Want to become an animator? animationboom.net is a