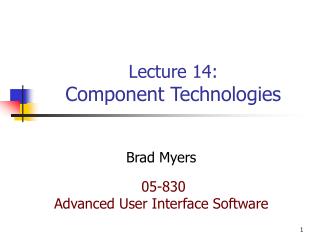 Independent Component Analysis - . lecture 12. what is ica and why is it used?. extract useful information from large

1. Lecture Topic: Negative Feedback (Ch.1) - . 1. which of the following is a component of homeostasis? a) positive feed

Lecture Objectives - This component of the lecture will have these learning outcomes: an introduction to colour

SACO (The Subject Authority Component of the PCC): - An introduction and discussion of mcgill’s experience karen