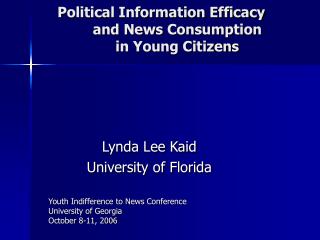 Society for Technical Communications November 1, 2012 - . success story: yours! set yourself apart with stories and

What Future Teachers Need to Know about the Wisconsin Foundations of Reading Test - . workshop presented by lynda

Early Intervention Service Delivery Models - . who is using what? what do they mean? lynda pletcher naomi younggren