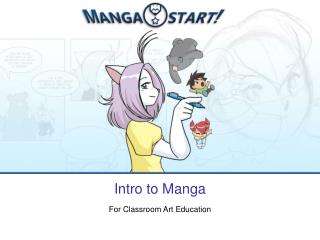 Intro to Manga. For Classroom Art Education. Agenda. Intro to Manga Start What is Manga? Professional U.S. Manga & Art Brief History of Manga Why are Your Students Drawn to Manga? Manga’s foundation in Traditional Art Art Lessons with Manga Q&A . Who is Manga Start?. Founded in 2006 Japanese Culture - . jay kim. factor 1: geographical isolation. japan is a group of islands isolated from a mainland so

Japan Project - . introduction. hello, my name is zen this is my japan project. hope you enjoy!!!. japanese

Essence of Japanese Culture and the Foundation of Business - . j.d. han. contrasts and contradictions. pointed out by

A place where i would like to live. By Mikolaj bialek and Lech Rosenthal-Banaś - . japan. japan is a very interesing

Intelligent Play - . diane royer sdroyer@gmail.com. the plan. 1. gaming in the classing – a quick show and tell of some

Introduction to Anime and Manga - . warren chin seattle public library 2010. what is anime?. animation originated from

Culture of Japan - . japan is located in asia. japan is an island. climate and terrain. climate : varies from tropical in

Standards Based Grading: An Intro - . gerry swan. all men can see the tactics whereby i conquer, but what none can see is