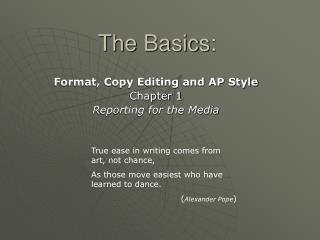 The Basics: Format, Copy Editing and AP Style Chapter 1 Reporting for the Media True ease in writing comes from art, not chance, As those move easiest who have learned to dance. ( Alexander Pope )