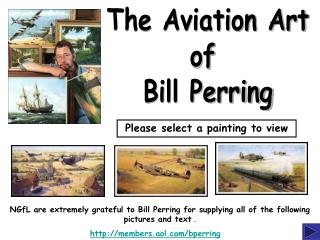 The Aviation Art of Bill Perring Please select a painting to view NGfL are extremely grateful to Bill Perring for supplying all of the following pictures and text . http://members.aol.com/bperring

Benchmarking: What Is It And What Are Its Limitations? - . jeffrey a. seybert director, research, evaluation, and