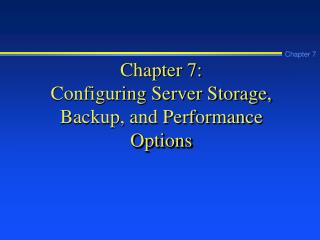 Storage &amp; Hyper-V: The Choices you can make and the things you need to know - . jeff woolsey principal group

Chapter - . apache installation on linux. acknowledgement. the contribution made by darrin morison is acknowledged.

Chapter 15: Options and Contingent Claims - . objective to show how the law of one price may be used to derive prices of

E-Business Eighth Edition - . chapter 8 web server hardware and software. learning objectives. in this chapter, you will