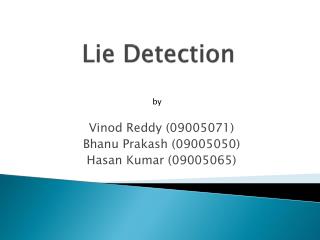 LIE DETECTION ACCURACY - . without equipment and strangers as targets, 50-60% is the usual level of accuracy why aren’t

LIE DETECTION ACCURACY - . without equipment and strangers as targets, 50-60% is the usual level of accuracy but we may

3. Lie Derivatives And Lie Groups - . 3.1 introduction: how a vector field maps a manifold into itself 3.2 lie dragging a