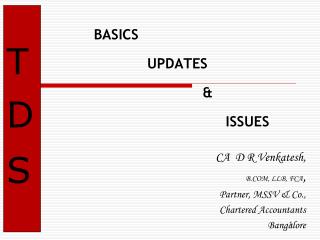 Battery Monitoring Basics - . section 1 – basic concepts. what does a battery monitor do? how to estimate battery

BASICS OF INSURANCE - . objectives. 1. identify and describe the provisions of standard fire insurance policies which

Backing up, Updates, and New Installs… Oh My! - . how often do you hear…. “everybody needs to make sure and back up

Paragraph Basics - . paragraph: a collection of related sentences dealing with a single topic one idea per paragraph

Cash handling Basics and Updates dan wussleR - . what is a cash collection point?