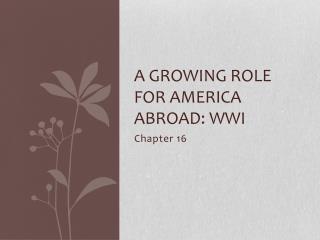 Unit VI – A Growing America - . chapter 20 section 1 – new wave of immigration. the impact of immigrants on the

America Abroad - . the 1890’s brought a significant change in u.s. foreign policy as this nation began to realize its

Overseas American Expansion - . u.s. history. background. for most of u.s. history, america’s role was confined to

LGBTQ and Study Abroad - . your journey begins here. presented by: the lgbt resource center and the study abroad office.

CU Abroad: Horizons beyond the Classroom Odyssey Day, April 13, 2012 - . presented by ella a. sweigert director of

The Why - . why do i go abroad?. who has been abroad through a study abroad program?. what were your goals for being