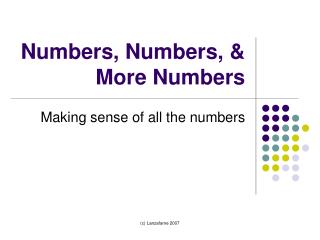 Chapter 1: Whole Numbers - . 1.1 introduction to whole numbers. the place value system. • numbers are composed of the

Fibonacci Numbers and the Golden Ratio - . say what?. what is the golden ratio ?. well, before we answer that question