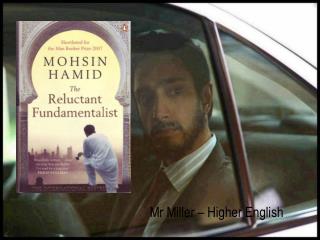 Mr Miller – Higher English. Initial Impressions. What is your first impression of Changez ? Justify your answers where possible 2. What do you think his feelings are towards America? 3.Why might Changez have been motivated to speak to the American?. Getting to Know Changez.

by Loren Miller - The texas legislature. by loren miller. points to ponder. in 1965, a member of the texas house