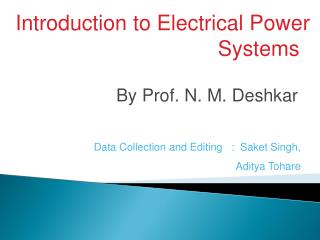 How To Check For Harmonics In Electrical Power Systems - In power systems, harmonics are multiples of the fundamental

14.3 Electrical Power, AC, and DC Electricity - . a watt is a unit of power electrical power is measured in watts, rate

Electrical Power - . power is the rate at which work is done or energy is expended. unit is watt = joule / second ( james