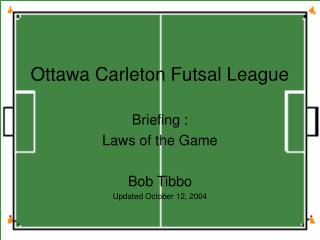 Madison Futsal League - . futsal is the only form of indoor soccer approved by fifa by ilir lushaj league director (608)